These are amongst the most challenging locations to deploy a broadband wireless network because of the huge crowds in close proximity to each other and the near universal use of smartphones by today’s fans. RUCKUS has been involved in stadium and arena deployments all over the world in the past few years. None have been more high-profile then our recent deployments down in Brazil at four stadiums ahead of the 2014 World Cup. The largest World Cup venue to receive a RUCKUS network was the 76,000 seat Maracana Stadium in Rio de Janeiro, which hosted the World Cup finals. The Maracana Stadium required 217 RUCKUS ZoneFlex access points.

Keys to successful stadium deployments include: 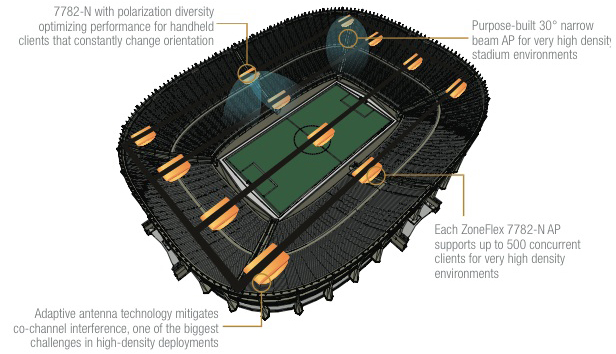 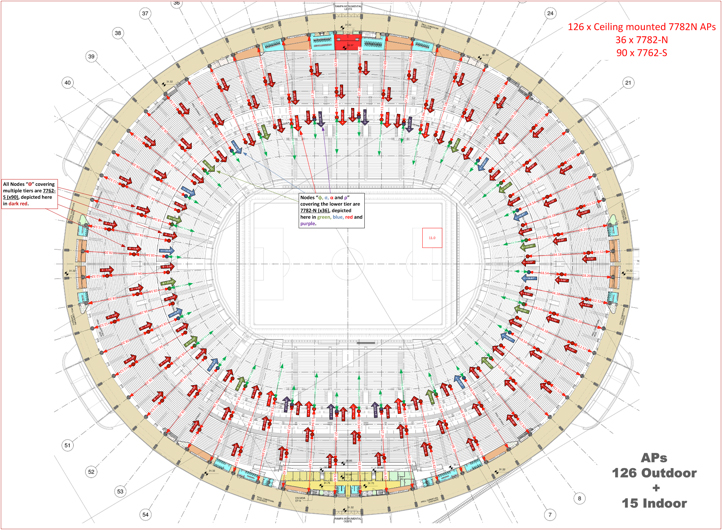 When designing for capacity all the rules must change:

RUCKUS has long been a leader in high-density Wi-Fi deployments. The cornerstone of our offerings has been our BeamFlex adaptive antenna technology which can focus RF energy at the user to increase gain and not at surrounding APs which will see this as interference. We are continuing to raise the bar in high-density networking with the announcement of the ZoneFlex 7782-N Access Point. It features an integrated 30° narrow beam antenna that operates in the 2.4 and 5 GHz bands. By integrating the antenna into the AP, the ZoneFlex 7782-N provides a very minimal form factor which is essential in many deployments. 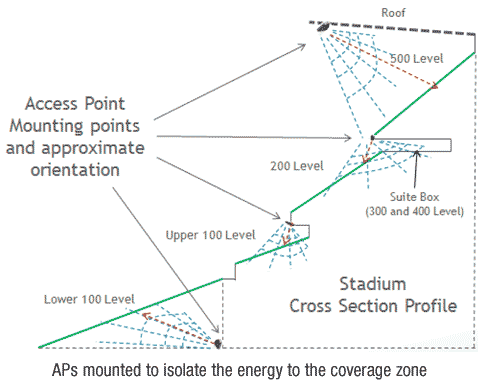